Hey! Could you tell our readers something about yourself that they might not find out otherwise?

Fun fact: I was born and grew up on Reunion Island, next to Madagascar and used to surf when I was a kid – I’m also a massive nerd about technology and before doing music I wanted to work in 3D/FX for movies.

What are your musical influences?

Growing up my parents used to listen to a lot of classic rock/pop (Supertramp, Led Zeppelin, Michael Jackson etc.) and then I studied jazz guitar for a few years (Chick corea, Pat metheny etc..) – so all these artists kind of shaped my musical “background”. I listen to so many different types of music but I’d say that my main influences nowadays are Tame Impala, Jamie xx, Flume, Kaytranada, Bonobo etc. I’m also super into Afro/pop music (Niniola, Mr Eazi, Tekno, Wande Coal etc..)

How would you describe the sound you’ve crafted over your last few releases?

I’d describe my sound as a contrast of retro/nostalgic sounds and references with a modern production approach. I’m always trying to create a blend the ‘soft’ atmospheres of old cassette/tapes recordings, (and the imperfections/artefacts it brings) with jazz harmonies – mixed with some more ‘in your face’ type of sounds and textures that you can only create on a computer.

Where are you based?

I actually just moved to L.A (in June). I was studying in Boston for the past 4 years. 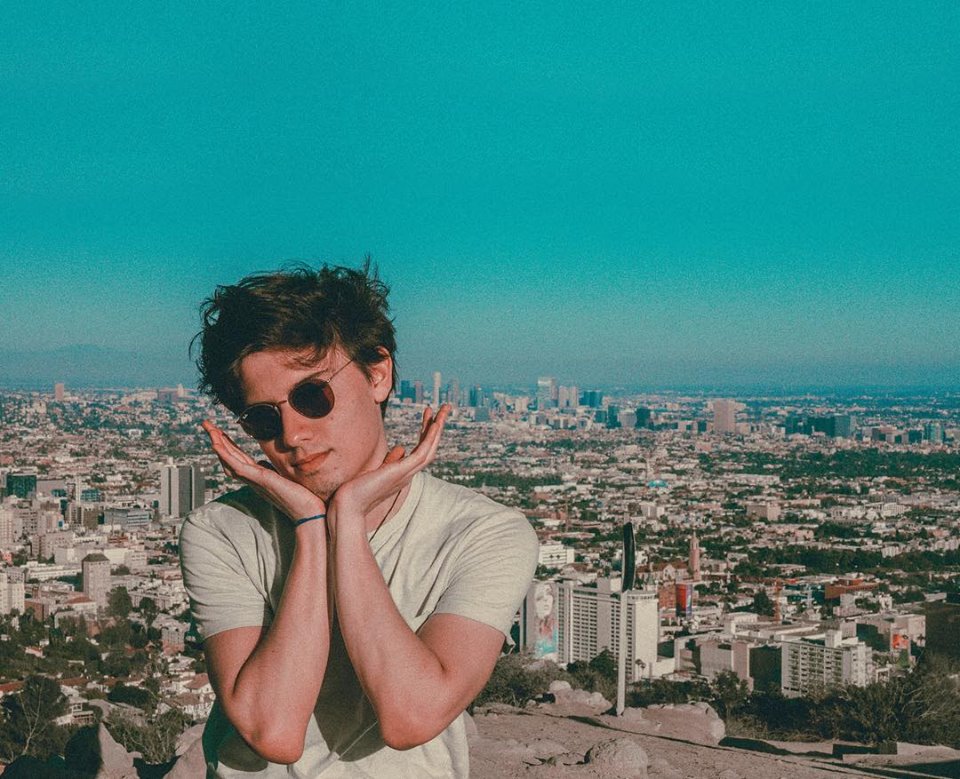 How does your city impact your music?

It definitely has a big impact on the music I’m making. Boston is a super ‘moody’ city which I like but the long winters definitely had an impact on my overall mood/motivation to write music (and the style of music I was making in general). Moving to a big city like L.A and working with talented/creative artists definitely helped me to push my music to another level. Also the weather definitely helps me to stay motivated – I grew up in a tropical place so it reminds me of home in a way.

What does the new single draw upon thematically?

The idea was to make something danceable while keeping a dreamy atmosphere with airy, bright textures (with a slight hint ‘sadness’/nostalgia). About the lyrics, the song describes the abandonment of fear at the door of chaos with an optimism and excitement that grows gradually throughout.

Did the track evolve significantly in the studio from the original demo?

I pretty much had the main chorus beat idea finished when I sent it to cehryl. Then she sent me the main ‘hook’ idea and after that we worked on the verses and finished the form/arrangement. Sonically I’d say it was already 80% there before working with cehryl but recording the vocals pushed it to another level and helped the song come to “life”.

How was the collaborative process with cehryl?

It was great! We were both studying in Boston while working on this so we finished the song pretty fast. She really understood what I was going for with the track and we share some similar influences so she perfectly got the vibe of the song.

What do fans have to look forward to over the next few months?

I’m working on a few remixes for different artists and also have a bunch of new original music that I’m pretty excited about!